This page may contain affiliate links.  We only recommend products and services that have tried, trust and love.  For more information, you can read our terms and conditions.

Join Our Email List For All The Latest Updates!

Please check your email to confirm!

First and foremost, I feel I must introduce you to Steve Santini because knowing something about Steve is to understand why he opened the Midnight Museum.  You may recognize Steve from his television show “Deals from the Dark Side” or as Canada’s death-defying escape artist. What you may not know is that Steve has been collecting rare artifacts since he was 14.

When I first met Steve, I felt slightly intimidated because his size is almost scary. Still, his warm smile and a firm handshake will immediately put one at ease. Steve is one of the most sincere and genuine people I have ever met. (To Steve, Friday the 13th has always been an infamous date throughout history. Still, some believe that Friday the 13 is lucky, and historian Steve Santini is one of them)

How it all started

When Steve was a young child, his parents took him to Ripley’s Believe it or Not, while they were vacationing in Florida. After seeing the rare and bizarre artifacts there, Steve’s love of history, the strange and the odd was born, which set his future for a life filled with travel, searching for and collecting rare artifacts, as well as meeting people from all around the globe: professionals in science, history, archaeology, and many who shared the same interest.

As Steve grew, so did his passion for collecting dark and rare pieces from the past. His collection ranges from the macabre to Houdini and everything in between. With items from the Viking period, the Titanic and the Middle Ages all vie for space with pieces from history’s darker side.  Keeping many of his historical items in his home, you will also find many of Steve Santani’s pieces loaned out to many museums around the world. From the Titanic museum in Pigeon Forge to the Ronald Reagan Presidental Library to the set of 1997 blockbuster hit Titanic. Although many of Steve’s pieces are on loan to museums, he also wanted a space closer to home to share his treasures with others, which is why he has opened The Midnight Museum. On the main street in Sauble Beach, Steve has acquired a building large enough to hold some of his vast collection.  I asked Steve how he chose the pieces to place in the Midnight museum? His reply was, ” I wanted to show visitors items they wouldn’t usually see. They had to fit in with the “Cautionary Tale” theme

Upon entering the museum’s lobby, Steve and his wife welcome guests and point out some of Houdini’s original posters, which line the walls along with articles about Steve, his daring escapes.  There is also a display case with a  few smaller items from his collection and a small gift shop in the corner. Steve is very knowledgeable about all periods in history. He loves to share this knowledge with you, taking the time to tell you about some of the items you will see when entering the main museum. One can’t help but notice how passionate Steve is about collecting and how it drives him to seek out more items to add. After being personally escorted on to the museum floor, you are free to wander as you please. The first thing I thing that caught my eye upon entering was the chair at the far end of the room. But more on that later.

Display cases are strategically placed around the museum leaving enough room to move around and get a closer look at the items. The first display cases on either side contain Viking artifacts dating before the 10th century.  I can’t help but notice the enormous iron and bronze Viking padlock, discovered on the Baltic Coast near Latvia, but that was not the only thing in the display case. Axe heads, tools, spears, jewelry, a rare bronze Viking offering bowl. Along with it is Steve’s favourite piece, is a unique gold miniature Viking boat, buried with what many historians believe to be an influential member of the Viking society. Each artifact is well labelled, explaining valuable information about the piece, and Steve himself wanders around, ready to answer questions and share more of the history behind them.

As you make your way around, the display cases hold artifacts from a later period and remind you of just how cruel and terrible life would have been for those who stepped on the wrong side of society. For example, the ‘shin crusher.’ The shin crushers were placed over the victims’ shins and slowly tightened until they confessed or passed out from the pain. I can’t forget the ‘pear of anguish.’ The pair of anguish initially linked with horrible forms of punishment. When in fact, the pear of anguish was used orally against people who had spoken out against religion, against local officials of justice etc.

The museum also had displays of executioners cloaks and the masks they wore, an execution axe and a sword, and a description of the difference in using an axe and a sword when performing an execution. There was so much to discover and see from different eras. Still, I have to say that one of the most surprising pieces I noticed was that of Jack the Ripper’s knife. At the same time, he stalked the streets of Whitechapel, England, murdering five women and terrorizing a nation.

Located at the far end of the museum is an exhibit dedicated to the RMS Titanic. With original pictures on the wall, to dishes that were used by passengers and more. What interested me the most was the chair on a large display shelf just off to the exhibit’s right. The exceedingly rare original Titanic deck chair measures approximately 37.75 x 22.5 x 54; It is one of only seven still known to exist. The deck chair is in remarkable condition for a 100-year-old piece of debris from one of the world’s most famous shipwrecks. Placing the deck chair on a higher display shelf helps grab your eye; it also helps in the prevention of accidental damage. As I read about the deck chair, I noticed the life vest sitting on the deck chair; this is a life vest used during the early 19th century and used on ships similar to the Titanic. Life vests in the past were simple. They were made from cork and covered in a durable canvas, which is what kept people afloat. I admit I never knew what was used in a life vest 100 years ago, and honestly never thought much about it. I wouldn’t have even thought about cork. Guess you learn something new every day – that day happened to be about life vests and corks.

With many unique, rare artifacts, it is hard to write a post mentioning all the pieces in the museum and doing them justice. I enjoyed visiting the museum and I really like how it was presented, simple and clean.

I hope this post has piqued your interest and makes you want to visit Steve Santini and his Midnight Museum.

Unfortunately, the Midnight Museum closed its doors after 1 season. If you would like to learn about Steve Santini and his collection check out his website www.santinicentral.com

Bruges Welcome back to my Throwback Thursday post – Memories of Belgium 2015 Part 2: Bruges. I was planning to make this only a 2

After watching the Hollywood blockbuster film “Monuments Men,” I was inspired to visit Belgium. Okay, I will admit it mainly to see the Madonna of

For the Love of Roma – The Drink

While I was visiting Rome in the summer of 2017, I had access to the rooftop bar at the Hotel Albergo Del Senato, located in 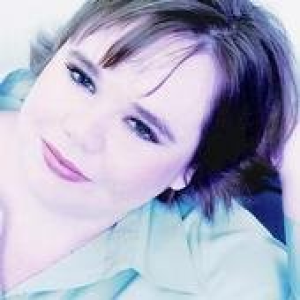 Mary is a tea lover and travel fanatic. Travelling mostly through-out the British Isles and Europe, you can easily spot Mary enjoying loose leaf teas while taking in the sites or mingling with fellow travellers and locals alike. As an avid tea drinker, Mary can often be found drinking loose leaf tea and is always expanding her knowledge of different tea flavours. Mary is currently growing an indoor loose leaf tea garden and developing a unique loose leaf tea blend for the Traveling Baroness Brand. Photography, travelling, and writing are both hobbies and passions of Mary's, and she also enjoys creating short video clips of her recent travels to share with her friends and family. Mary also enjoys sharing her passions with others and helping them create unique souvenirs from their vacations. Mary is also an Aunt to 3 beautiful nieces and one handsome nephew and couldn't be happier, known as the "Single Aunt who Travels."

Mary is a tea lover and travel fanatic. Travelling mostly through-out the British Isles and Europe, you can easily spot Mary enjoying loose leaf teas while taking in the sites or mingling with fellow travellers and locals alike. As an avid tea drinker, Mary can often be found drinking loose leaf tea and is always expanding her knowledge of different tea flavours. Mary is currently growing an indoor loose leaf tea garden and developing a unique loose leaf tea blend for the Traveling Baroness Brand. Photography, travelling, and writing are both hobbies and passions of Mary's, and she also enjoys creating short video clips of her recent travels to share with her friends and family. Mary also enjoys sharing her passions with others and helping them create unique souvenirs from their vacations. Mary is also an Aunt to 3 beautiful nieces and one handsome nephew and couldn't be happier, known as the "Single Aunt who Travels."

Did you know…….. The last major eruption from

Taking a lunch break from the office and enjoying

The tempature is falling the #snow is blowing its

Did you know Herculaneum is much better preserved

We use cookies on our website to give you the most relevant experience by remembering your preferences and repeat visits. By clicking “Accept”, you consent to the use of ALL the cookies.
Cookie settingsACCEPT
Manage consent

Any cookies that may not be particularly necessary for the website to function and is used specifically to collect user personal data via analytics, ads, other embedded contents are termed as non-necessary cookies. It is mandatory to procure user consent prior to running these cookies on your website.